It took me about a chapter to start really understanding the character dynamics and I was hooked! This book rocks and I am only disappointed that I can't listen to the others.

I loved this book and am not happy that her other books are not available on audible. Hopefully someday. As in the previous book I felt I was accompanying the police officers on a case as evidence was uncovered, suspects interviewed and the internal politics of the police force were acted out.


It's a long book and, apart from an unrealistic section of psychological speculation, was an engrossing narrative. I needed to concentrate at the beginning of the book as an array of characters are introduced during a family gathering as a Will is read and I wasn't sure was whom, but as the story unfolded they began to crystallize in my mind's eye.

The narrator is good, which helps differentiate the players in this complex web of deceit. If you like your crime to be gritty like, say, Simon Kernick, this is probably not for you.

It's a good story and well narrated but the premise is unrealistic and the plot has one or two holes. Having said that, it's an enjoyable listen as are Elizabeth Corley's other books and not too demanding. Perfect to chill out with! Totally unputdownable! 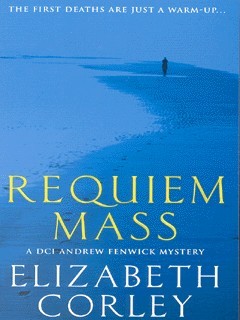 The story line had some unexpected twists but I had an inkling early on who the culprit was. The characters were believable some playing a bigger part than others.

As I said, unputdownable. A well written book. My only disappointment was the narrator - I just didn't particularly like his voice. I listened to this one first, in fact, this was the first book I listened to at Audible. Enjoyed it so much I then downloaded Requiem Mass which I should have read first. Although it's not a sequel there are references to characters and events in Requiem Mass.

The only thing stopping me downloading Grave Doubts is that I already have the book waiting to be read at home - will be taking that one on holiday this year. The title of my review says it all. Thoroughly enjoyed this - found myself listening to this at every possible opportunity. Although it is pretty clear who the "bad guys" are I don't think it in anyway detracts from the story. Very well narrated. Highly implausible with cliched, hammy narration - more Dixon of Dock Green than contemporary thriller.

A long somewhat tedious haul, although it did pick-up towards the end. A very poor listen considering its cost. Its a good story, plenty of intrigue, and I thoroughly enjoyed it. I recommend it highly! Twenty years earlier a young woman falls tragically to her death.

The only people with her are four schoolfriends.

One — or maybe all of them is responsible. And there's someone intent on letting them have their just desserts.

DCI Andrew Fenwick is soon caught up in a desperate race against time to find the murderer before he completes his bloody vendetta. As the death toll mounts, he must draw the predator out of the shadows and into an unconventional and highly dangerous trap with the ultimate bait. When young mother Debbie Fearnside goes missing, police interest is minimal. Requiem Mass by Elizabeth Corley was a mass of contradictions for me.